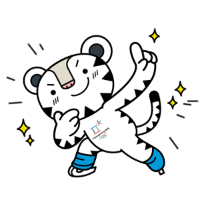 Lip-sync girl as a grown up?

^Isn't that just SO peachy of the IOC. In one instance, they say that DON'T get "involved" in hosts countries' politics, & that they they're "not" the world police. Yet here they are, getting *inv

I am longing to see an opening ceremony without the use of floor projection. Is this no longer possible? Just like a good old fashioned props and costume.    I really like the dandelion opening