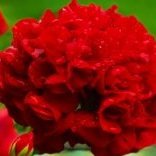 IOC EB Meetings aren’t broadcast. There is a press conference after each one that can be accessed via the IOC Media YouTube Channel. IOC Sessions are generally broadcast to the same channel and O

I am very glad for Brisbane, Queensland and Australia - a good place to host for 2032, but I am not a fan of the new bid process... For me it is somehow behind closed doors - you don't get much inform

Very exciting!!!! This is real now!!!    A live in Melbourne and as much as I love my city, I would’ve had soccer in Queensland instead. A missed opportunity to not have Metricon Stadium used.