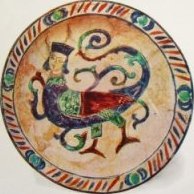 Very wise of you. For a start, if you examine the plans carefully, it become apparent that the running tracks in both designs have inside lanes 400 metres long !

I went to Tokyo today and here are some photos.

Very happy to enter the field . Some kissed on the grass and I heard many people never knew the smell of the grass is so fresh. I'll be able to enter the New stadium in 2019 if I apply by the