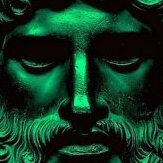 maybe they should just hold an IOC session there

Why don't you ever post shortly after the previous comment? That way, I wouldn't have to deal with an extra notification for your shitty posts!

If they are so scared of costs and stuff why did they bid for the Olympics on the first place? They should had known what was coming to them. No offense but you can tell they really had no plans to de