You forget that many of those potential "third time hosts" have never staged a modern Olympic opening ceremony - in the sense of the extravaganza of show elements, history parades, special effects etc 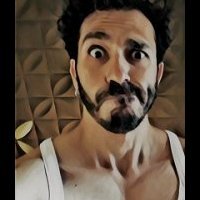